Y. Because I love her.

We were married eleven years ago tonight in an old train station in southern Ontario. It snowed, if you can believe it possible of an October night near Leamington.

When I think of our first few years together, I think of Scrabble. The countless games we played over cups of coffee on our front porch, on sunny mornings that seemed as if they would never turn into afternoons.

One day, as I picked up a tile to spell a word, it slipped through my fingers. It fell to the ground, sliding between two planks on the porch.

Gone forever. It was a Y.

"In forty years, when we're playing Scrabble," said Erin, not missing a beat, "we'll curse that Y. We'll say, 'Remember the time we lost the Y?'" 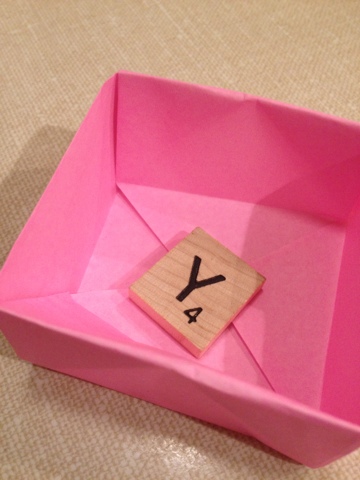