Lessons from a dead whale

I've been thinking a lot lately about the spring of 2009. So much happened that spring. So much changed.

I was still working at the CBC. Times for the CBC were tough. There was talk about budget shortfalls and shrinking revenue. There were rumours of show cancellations and lay-offs. Then came the day when we were all gathered into a room to find out just how bad things were. 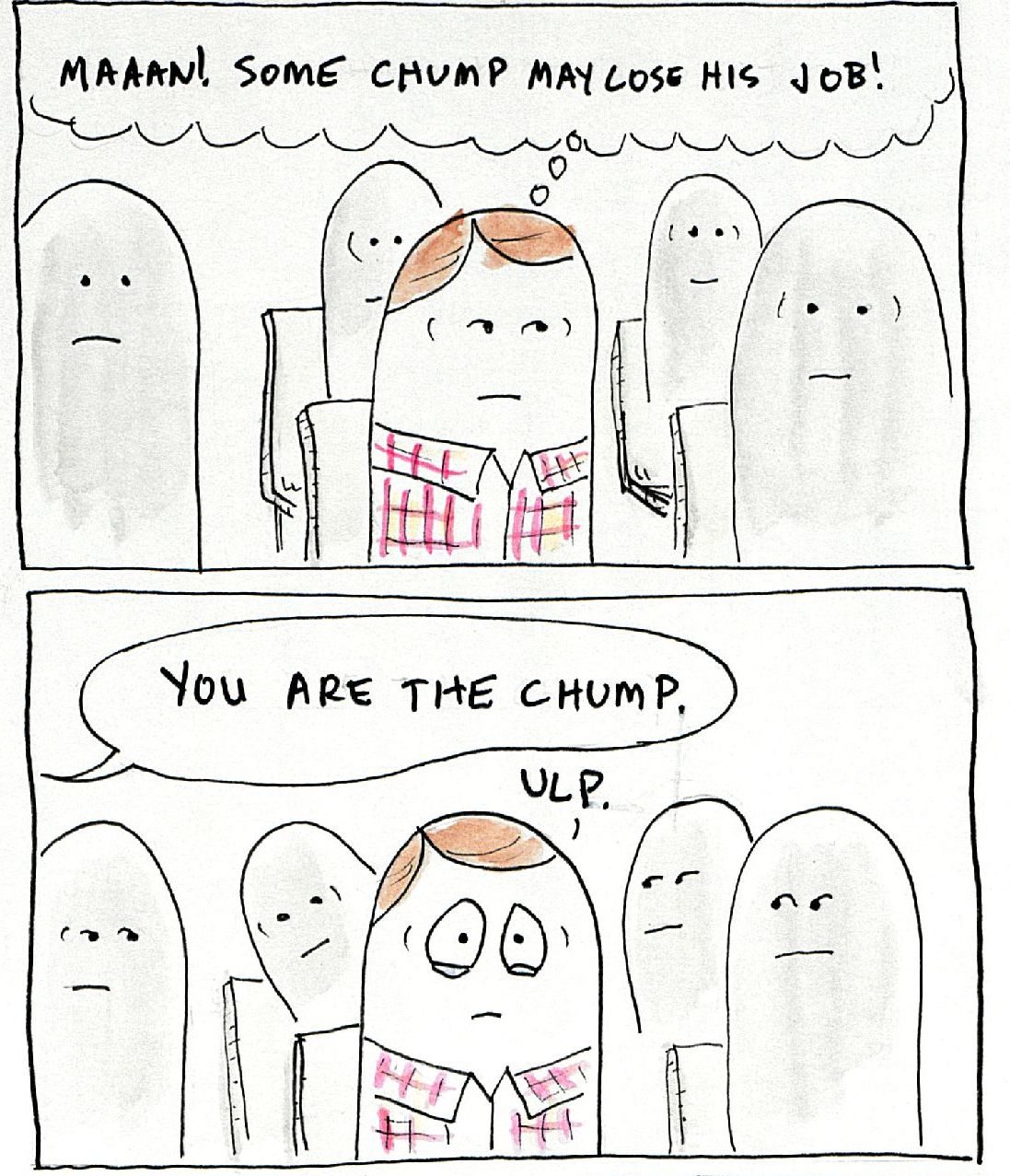 I--naively--didn't see it coming. I was a wreck. One of my co-workers, who had been through several rounds of job cuts, found me  a few hours later in my office, staring at the walls.

"Oh, I get it," she said. "You were under the impression your job loved you back."

These things never happen like you think they will. There was no cardboard box waiting on my desk. No pink slip sitting on my keyboard. In fact, for the next few months, everything was eerily normal. I came to work every day and did all my normal work things. Which was pretty okay, because I loved that job.

Every day was different. Every day, I woke up and wondered what my next adventure would be. After the adventure, I’d come back and tell people about it on the radio.

As the weeks crept by, I realized I had just a few adventures left. What would be my last adventure washed up on a beach in northern Nova Scotia. 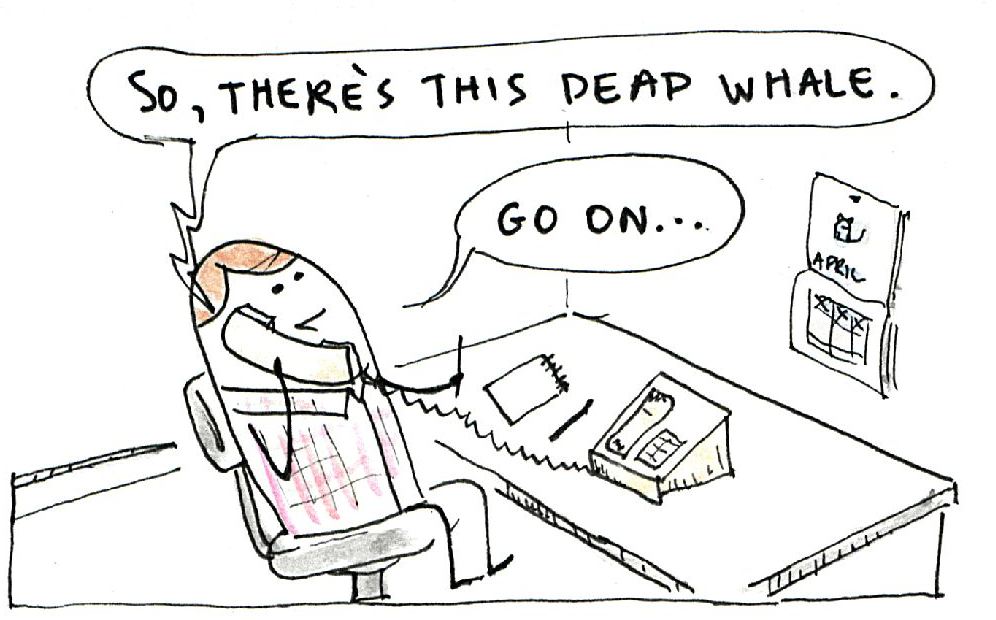 A giant sperm whale strayed into the Gulf of St. Lawrence and swam too close to shore. He died on the beach in early winter, but wasn’t discovered until the ice started to recede in the spring. 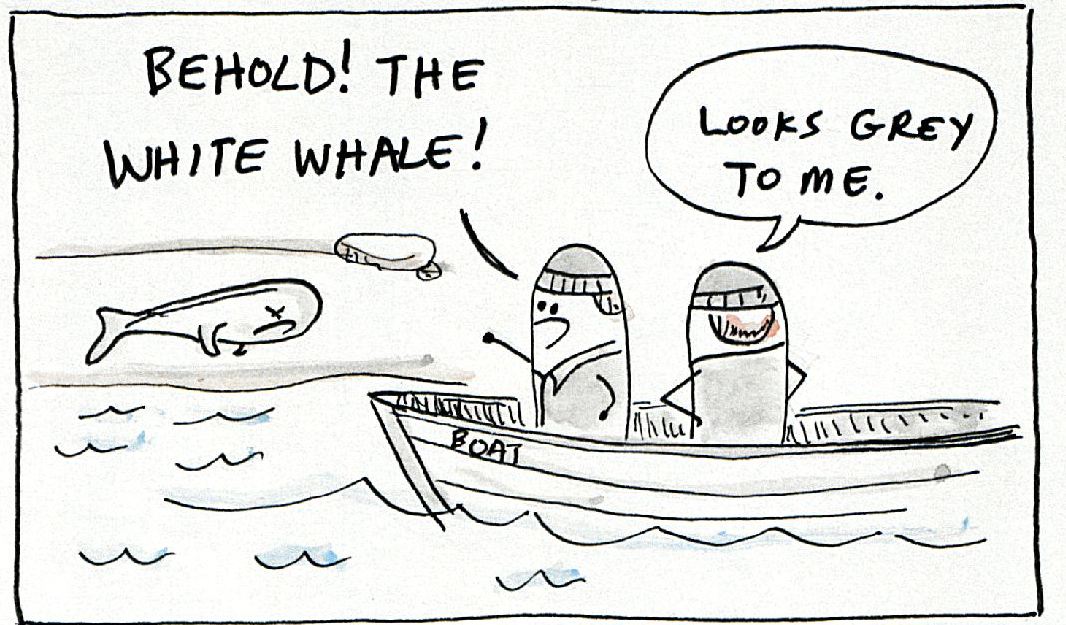 I’m not quite sure why my producer let me do the story. It’s not unheard of for whales to wash up on the beach. We do live on the ocean.

Maybe my producer liked the idea. Maybe she sensed that I really wanted this one. I don’t know.

The biologist who told me about the whale asked me to meet him at the end of a dirt road in the middle of nowhere. We walked a couple of kilometres through a bush which ended at a cliff overlooking the sea. 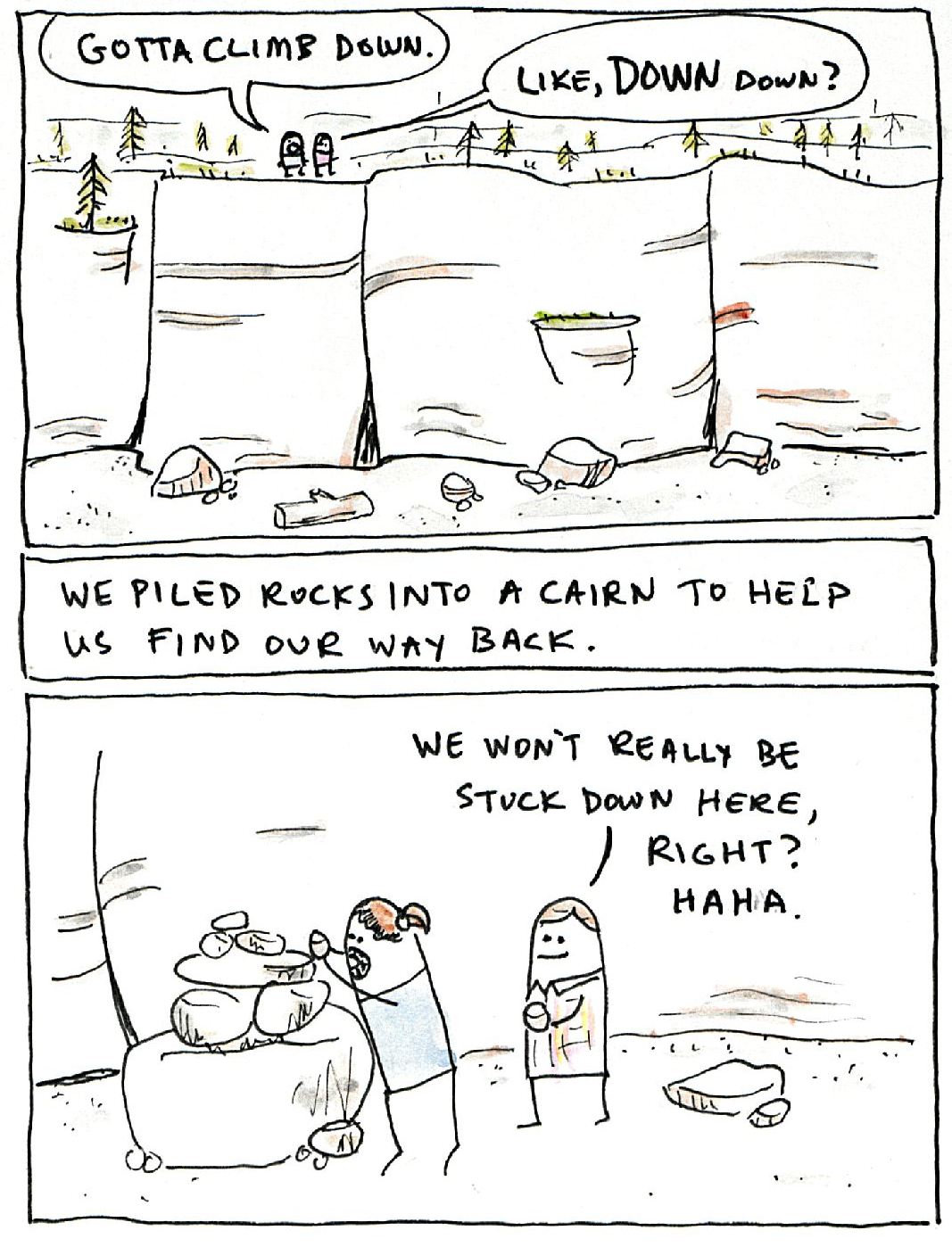 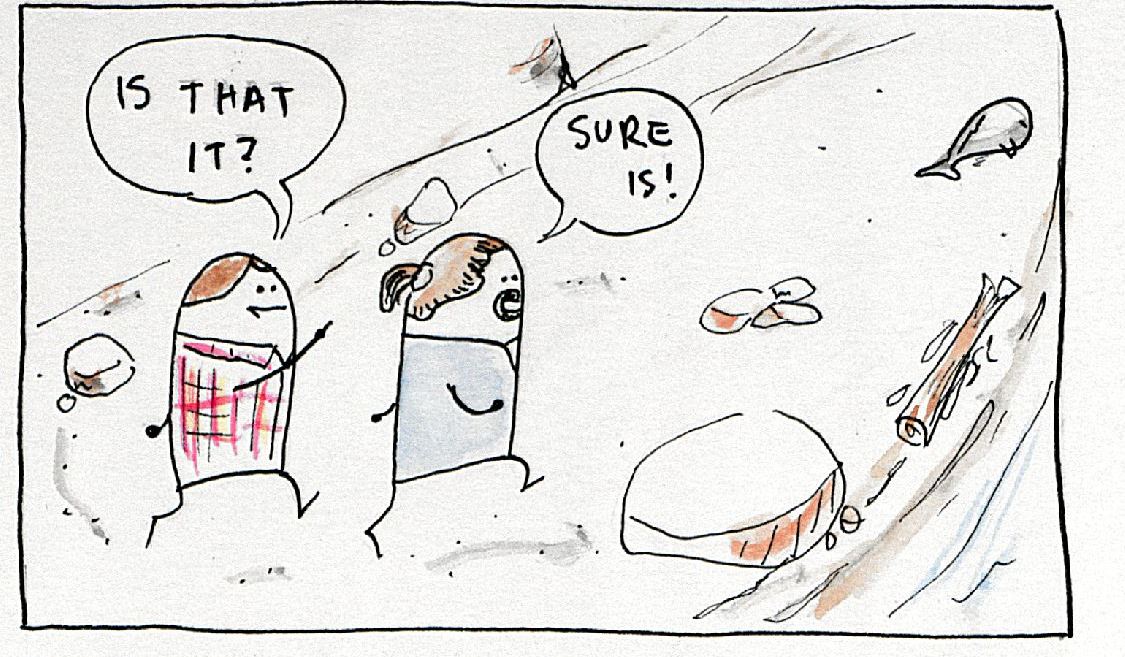 The whale was like a creature from another planet. 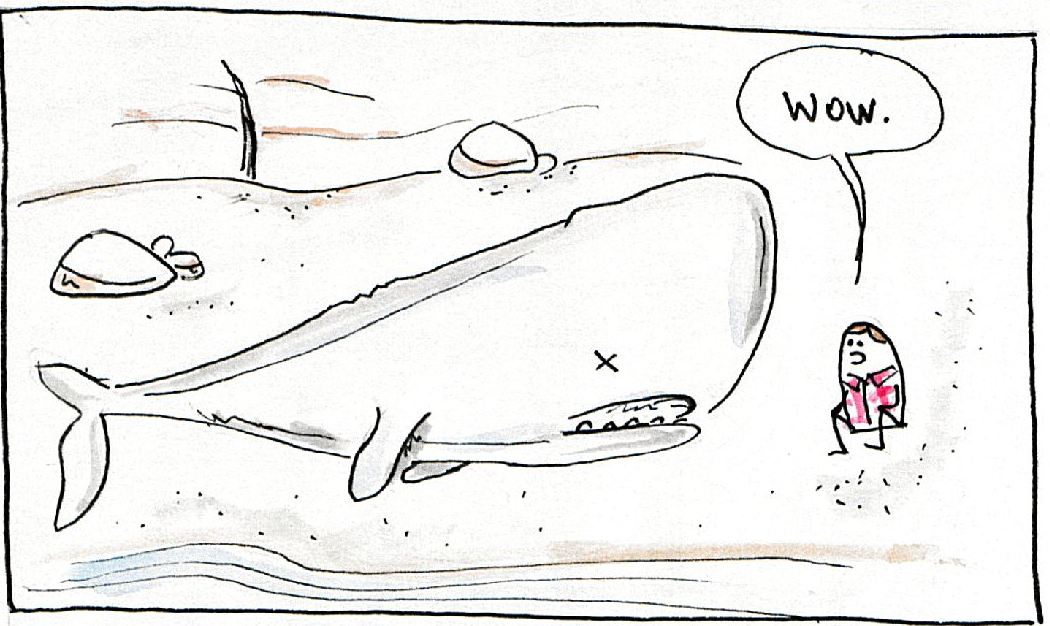 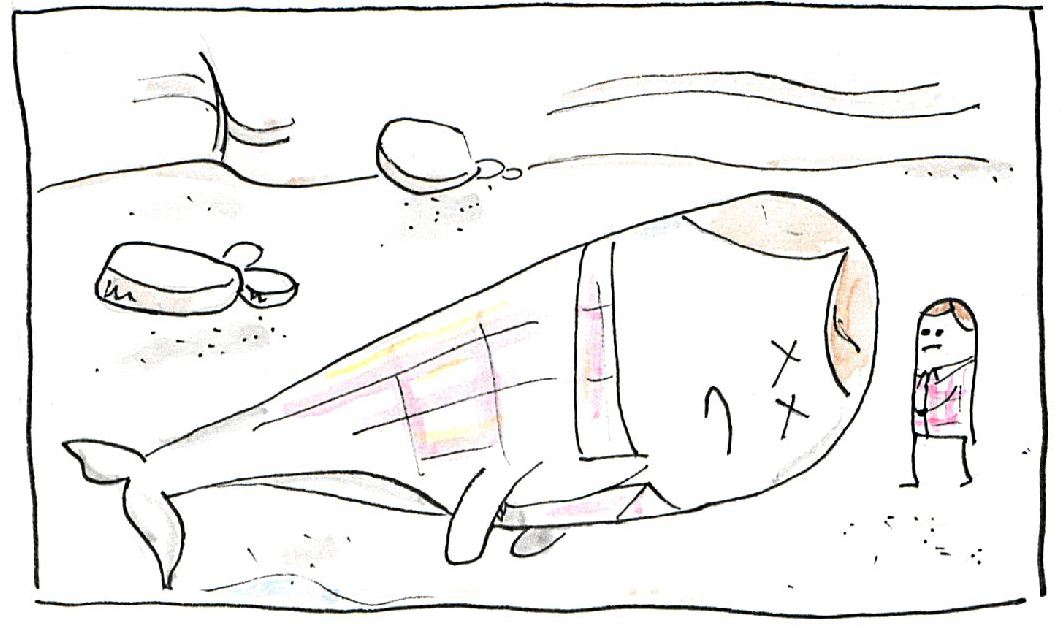 I had always told myself that I hadn't tied my identity to the CBC. I wasn’t Dave The CBC Guy. I was Dave, and I worked at the CBC.

I realized that was a lie.

I no longer wake up and wonder what adventure the day might bring. I work in a small, windowless room that I share with the two nicest, funniest guys you could ever imagine. I bore them daily with tales of adventure that they may or may not believe. 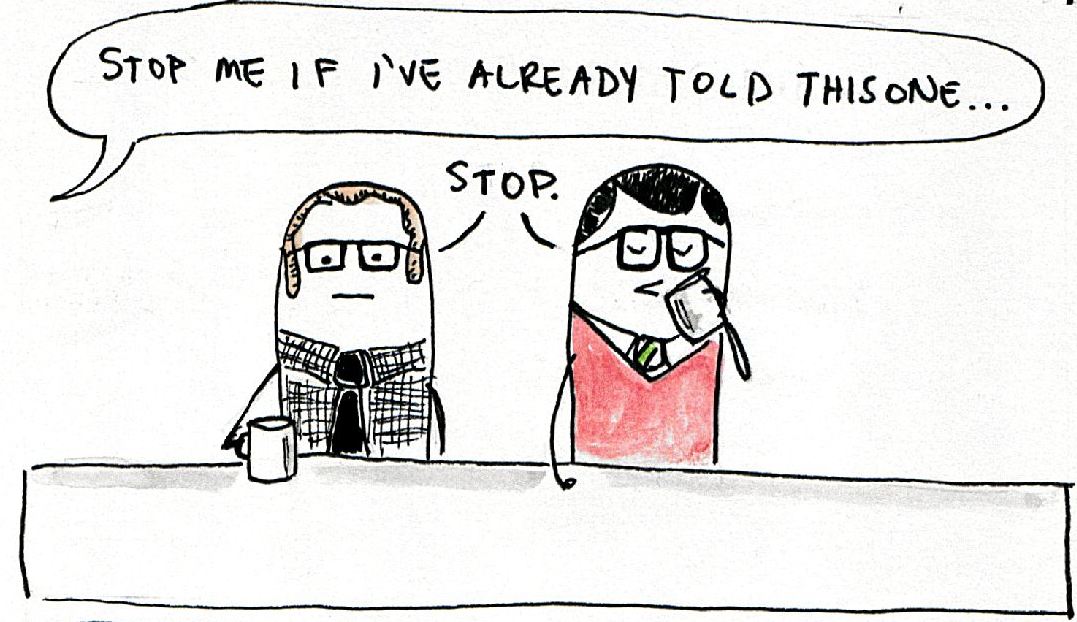 And I am happy.

I know now it wasn’t the daily adventure that I loved most about my old job. I loved telling stories.

I can still do that.

I do it every day at work. I do it  with my comics. I do it with my fiction. And I do it one other really important place. 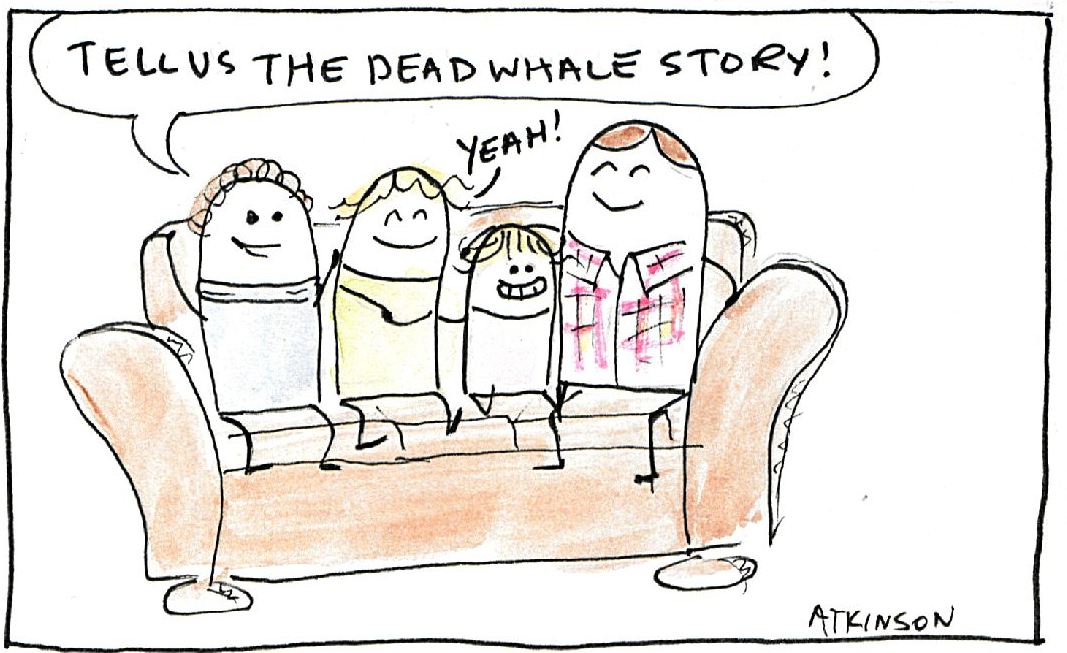 I am so glad you named your blog Tomato Transplants because when I googled to learn about transplanting tomatoes, and you popped up, I knew I'd found a gem.

CBC is poorer for letting you go and richer for having had you.

I feel compelled to leave a very insightful and profound comment here, but I don't have one, so I'll just go over the facebook and LIKE you once again.