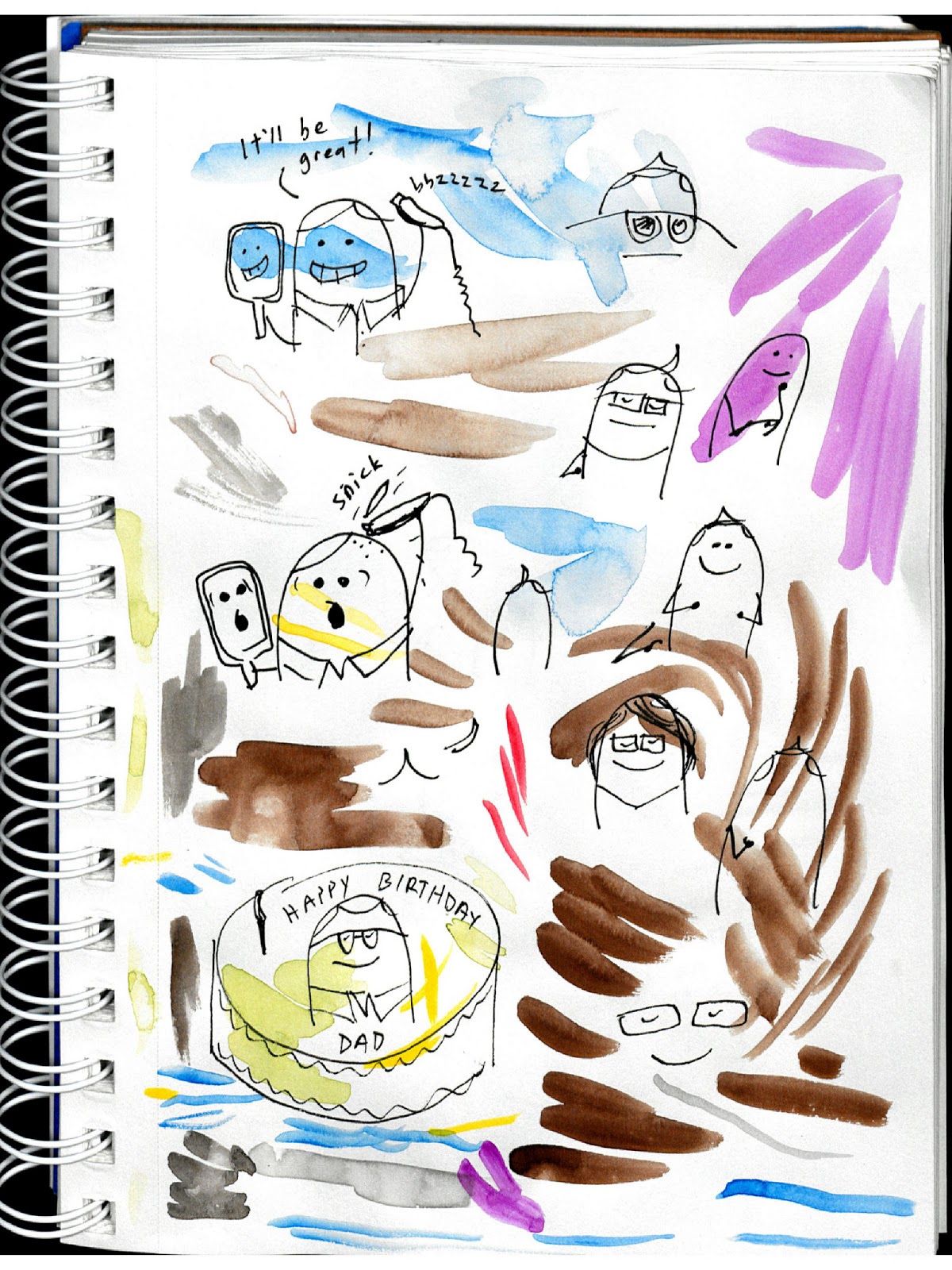 A sketchbook scan instead of a comic? WHAT A RIP-OFF. Well, gosh. Monday's comic essay took a little longer to make than my usual comic. Jeesh.

NEWS: I've been nominated for an award! A real one. I'm a finalist for the Atlantic Journalism Awards (under the sports category, of all things). It's for a short radio documentary I made as part of last year's CBC Hockey Day in Canada coverage. Take a listen, if you like, over here.
Posted by Unknown

That's awesome! Congrats! The real awards are so much more satisfying than the fake ones. Unless it's from the kids. But then, that would make it real.